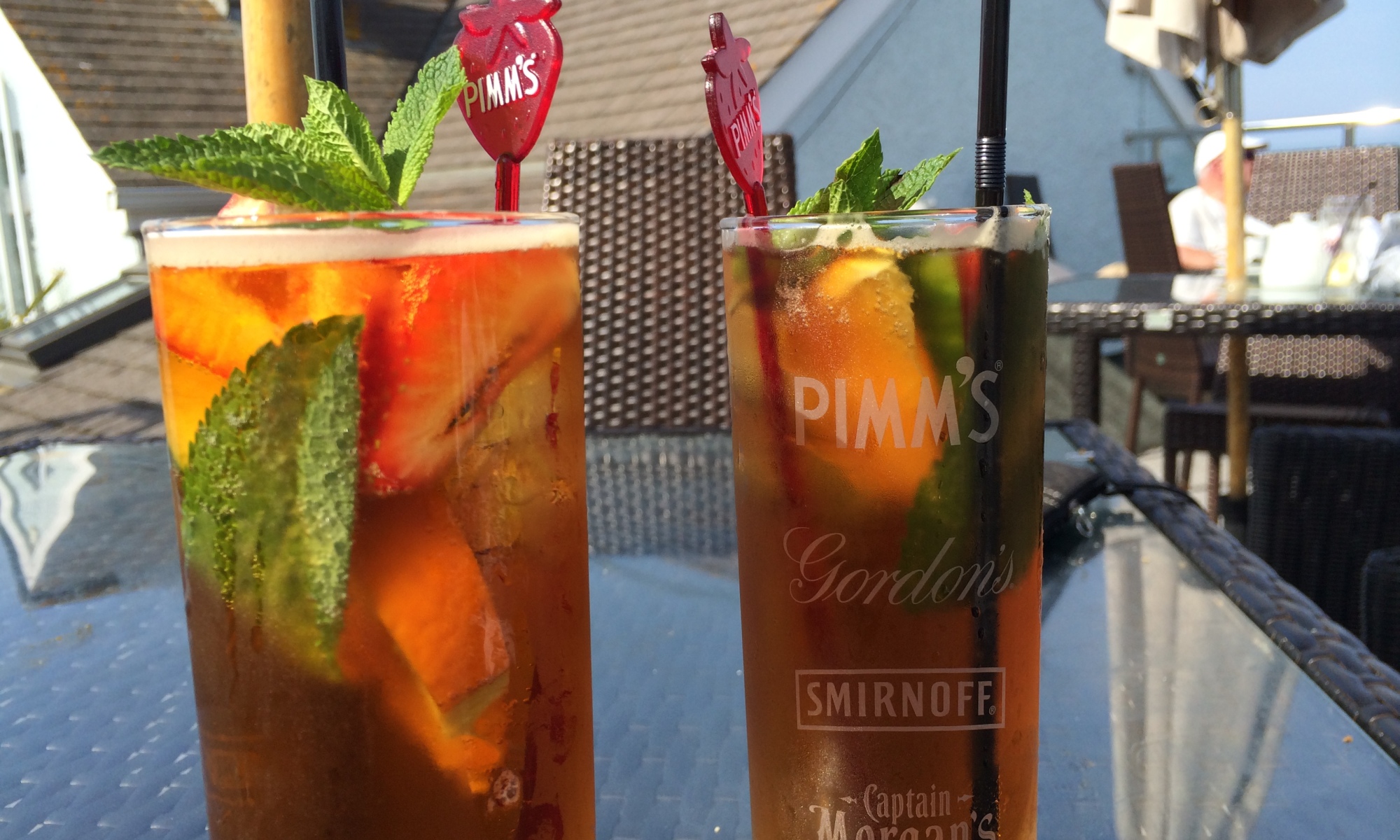 You probably don’t know me (yet), but I am like the rest of your cliche target market. I am female, in my twenties,go to sporting events like Henley Regatta without having an idea of what’s going on but at least my Facebook photos look great (especially that selfie in the porter loo.)

I even went to a all girls catholic boarding school in Oxford just to end up with a degree in the arts. If I was made into a toy doll I would probably be accessorised with a Pimm’s jug and mini plastic strawberries.

I have spent five summers living on your beverage so far. In fact I am such a big fan, last summer I started reviewing each Pimm’s I was served because I believe it is a drink that reflects the bar’s effort and skills (relative to the cost.)

My issue is I want to be able to drink Pimm’s all year round- not just when Tim Henman makes his first serve and end when the school bells rings in the first week of September.

The last week of January, I was in Black and Blue, Borough Market. I wanted to order something light with my Caesar salad, so I asked the waitress for your classic lemonade Pimm’s cup no 1 cocktail. They did have it and served it well,  unfortunately  the look I got was like I had ordered a slush puppy or something just as unfitting.

why, is this I thought? Pimm’s is light, refreshing and it kicks the sweetness I love to get from a sugary cocktail.

After many reviews I have come across different ways to have my drink. I like mine mixed with a lot of ginger beer, a bit of lemonade and as much smartly cut up fruit in a large pint or wine glass is also preferable. I have tried Pimm’s Royale but I didn’t agree with me unfortunately.

You would be surprised how many of the poor British public think they are limited to just lemonade and some measly cut up fruit in a long thin glass or plastic cup.

I know you guys feel the same which is probably why you have expanded your range:

Winter Pimm’s – This makes a beautiful mulled punch to replace cider I have used it a couple of times at christmas parties. I planned to spend the winter reviewing them in pubs but hardly any bartenders know what it is. This is such a shame as I wanted it to be my staple winter drink.

I have tried your  blackberry and elderflower flavor at Taste of London- I don’t think anyone, including me knows how to serve it. Please teach someone?

I was over the moon when I heard about the launch of Pimm’s cup No 6, a vodka base Pimm’s. Recently I tweeted asking when it is going to be launched but no received no reply. Then after some research I have seen that Diageo have stopped production due to complaints?? what is going on!?

So here we are left with your leading cup No 1 but it’s still a  spirit that is limited to when you drink it, where you drink it and how you drink it.

Let’s not forget the who… as said above I am your cliche target market. I was on a date the other day and the man said “I do love Pimm’s though it’s a girls drink”

This is not uncommon, a lot of my male friends like the taste but unless they are wearing a striped blazer or a polo horse on their jumper  they seem to think they are drinking some sort of ‘girl club only’ potion.

Why should all this worry you? you got your bus at all the major events sorted, Pimm’s is just as much as British icon then Kate Middleton  and people like me can’t possibly get through the summer without screaming ‘Pimm’s o clock anyone?’ whilst pouring my £20-25 bottle to my friends whilst we ‘lol’ in the sun.

However, Last summer there were claims of major sporting events serving our British beverage at three part lemonade and one part Pimm’s. I am not surprised, I have had the worst experience of your spirit at events getting ripped off  £30-35 a jug which has been so watered down or filled with ice it’s obvious you are not getting your moneys worth. Ironically one of the poorest ones I have had is from a Pimm’s bus. I know this year I won’t be ordering from Mahiki or the Pimm’s bus.

Never mind the events, what about the home garden parties? I am sure you are aware there is competition not far behind and due to my love of your drink but with not a lot of money rolling in, I found out the super market rip offs , can be half of your price and it doesn’t taste far off the real thing.

I have the utter most respect for Pimm’s, but there is seems to be a lack of care on your behalf. Lets go back to you blanking me on twitter- do you not live in the 21st century??

I don’t have a lot of followers so this is hypocritical, but you are a British icon and only have 2k followers. Hendricks uk  has over  22k, even Baileys another Dieago brand has 3k and they are only limited to post posh dinners (and apparently females in clubs, according to the new marketing campaign)

Overall the only first world problem is I want to be able to drink Pimm’s all year round with my lol-ing friends and no dirty looks from bartenders. that is all in life.

Thank you see you in the summer( or hopefully sooner!)