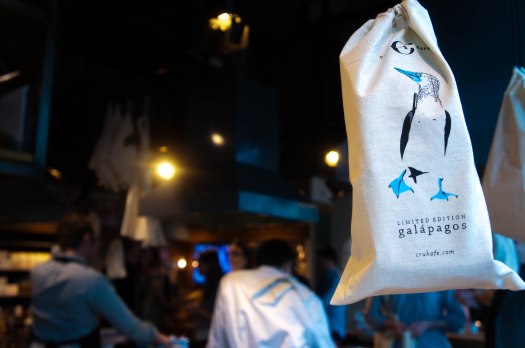 I firmly believe if I drank coffee when I was doing GCSE’s I would have been a genius, but I only got into it when I was 22, so I will have to stay as being that B-C student. However, I am so pleased with myself that I now am a coffee lover (if you live in London you kind of have to) as I got to go and try the new CRU Kafe limited edition coffee from the Galapagos island.

Now I am feeling particular special as this coffee is grown on the Galapagos island (hence) under shade of a forest pavilion and there are only 5,000 bags allowed for worldwide exportation each year.  I walked into that lit up building on the corner near Notting Hill station with and presented with a cup of this magical coffee tried some and thought..well now my daily Starbucks officially sucks. It was intense but o so smooth.

I think she can smell the coffee..

I thought it was just the coffee but CRU Kafe were being naughty and were sending round pretty people with these. It’s 9 in the morning and I am dipping deep-fried cinnamon pastry into chilli & coffee flavoured melted chocolate….

MAN I am so glad I did my downwards dog that morning.

Behind a bcounter was a man making smoothies named Alex, he liked my name so I automatically liked him, we both agreed Alex was a 90s named. After this was all established , he made me a smoothie which was:

Now I don’t know if you have ever been to TGI’S but it did bring me back to the day of milkshakes I used to have on my birthday. It was deliciously thick and sweet and the best thing is that  it’s healthy and made me super super alert (as now I  have had two espresso in the space of ten minutes)

Then Alex goes...”O please try my truffles I hand-made them…” I turn around and there they all sat 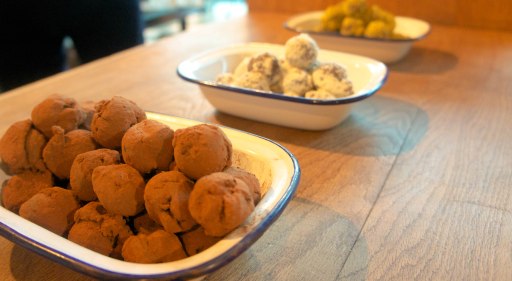 Damn those little balls of wonders 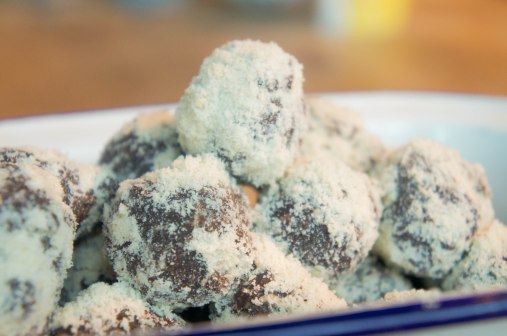 I tried each one of course’ pistachio, ground almonds and plain. Best one was the plain but like One Direction, they maybe small but I wouldn’t say no to any of them.

I was having a lovely time and amazed how many ways they have sneaked their coffee into naughty places. If only there was a day-time celebrity here to enjoy all of this… 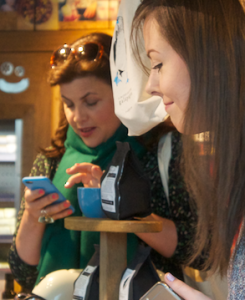 It’s not only Kirstie Allsopp!!!

She is in my list of: ‘celebrities that could have been your mum’

It was a good job the CRU Kafe team gave me a goodie bag to send me on my way (I think they have realised I have taken every freebie going and was in danger of round two..)

you can also buy it at Harrods, so next time you need a puppy pick some up.